On the 9th April 2017, a rare Pink/Purple stone of 3.11cts was recovered at the KAO mine, operated by the company Storm Mountain Diamonds (Pty) Ltd., in Lesotho.

The stone was named the ‘KAO PURPLE PRINCESS’.

This 3.11ct was exported and included in the 3rd tender for 2017 held in Antwerp on the 2nd June 2017 with the KAO contracted Diamond Tender Broker company ‘Bonas’ (www.bonasgroup.com)

Before the start of the tender viewings, and in Antwerp, the 3.11ct Purple Princess was boiled to remove any excess kimberlite latch bringing the final and tender weight to 3.06cts.

A total of 29 bids were submitted for this stone alone with the top 8 bidders being well over the US$ 100,000 per ct.

The KAO kimberlites are 19.8 ha in surface area which is the largest kimberlite in Lesotho and the 4th largest in southern Africa. This pipe erupted some 90 million years ago, roughly at the same time as the Letšeng kimberlites and those of the Kimberley area in South Africa and along with the blasting, loading, hauling, plant treatment and recovery process it is amazing that any stone can survive the total journey and for us to have the privilege and honor of being the first ever to see it at the end of the process in the sorting glove boxes at KAO is exceptionally special. 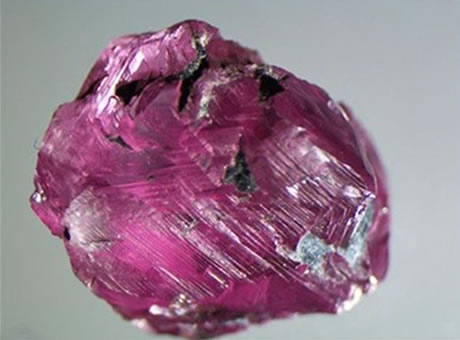 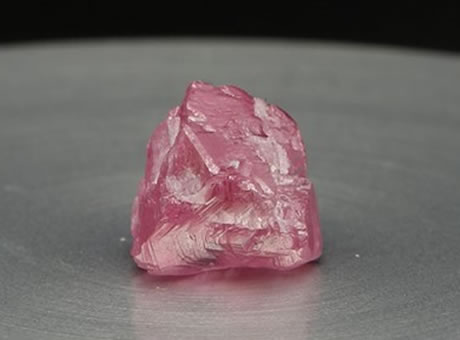